Does a pop star's lexicon wax or wane with fame?

Taylor Swift by the Numbers

Over 11 million units sell worldwide, with over 5.4 million  sold in the US.

It sells over a million units in it’s first week and gains Platinum status in the United States.

It is one of only 18 albums before it to do so.

Pulling back from the visualization above, we can consider the data for what it is.
While total and unique word counts are higher for “1989”, the ratio of total words to unique words stays relatively similar across the two albums. The slight deviation shows that the possible initial impression, that Taylor Swift was ‘better’ in 2006, may be wrong. There is a consistency at this empirical level:

Here we compare the average length of a song on the 2006 and 2014 albums. This is illustrated using both the song length in seconds as well as in minutes to show how miniscule the differences are. Again, we see that there is very little change in the data for the two albums. The average length of the song seems to follow a carefully calculated trend, or perhaps an extremely coincidental time constraint.
The charts below attempt to illustrate the relationship between the songwriter and the amount of words in each song. As you can see the word count varies based off of who was involved in the song’s development. One interesting thing to note is that Swift has maintained a songwriting credit on every song for both albums being explored here. While the audio of the tracks is surely being influenced by the writers and producers involved, it is still difficult to say, based on this particular data and angle, whether Swift’s music has been impacted by her fame.

One interesting trend that can be seen in these charts is half of each album has a deficit of words. There is a clear dip in word count in the beginning of the first album and at the end of the latest album. The ratio, again, is undeniably similar. The order of the songs, maintained in the charts, is the only thing that has flip-flopped here.

For an interactive version of this chart click here! 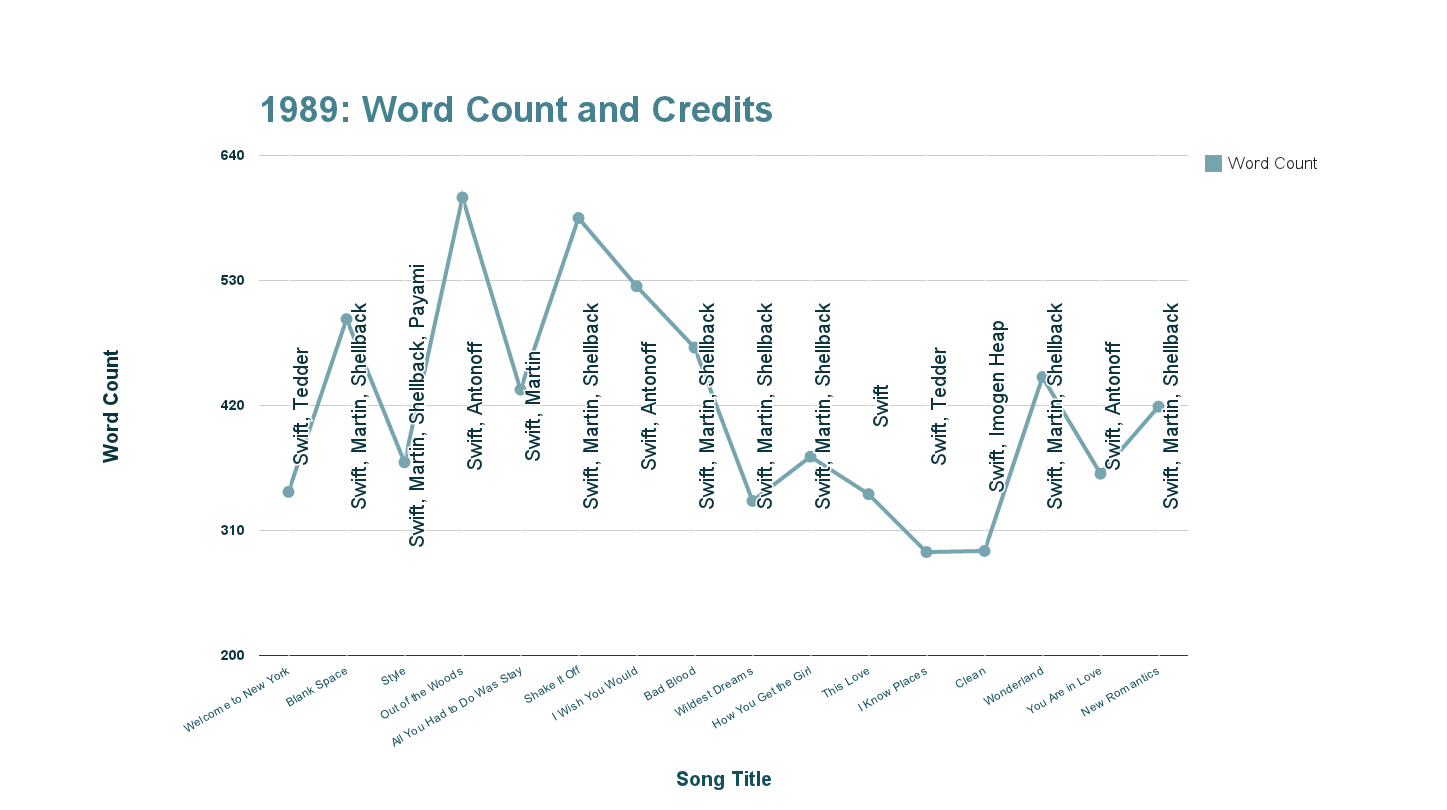 Does a pop star’s lexicon wax or wane with fame?

I don’t quite know.

The new album is good though.

Need help with the Commons? Visit our
help page Send us a message
Skip to toolbar

Built with WordPress | Protected by Akismet | Powered by CUNY